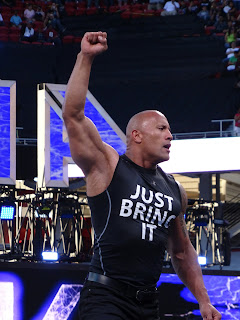 Dwayne “The Rock” Johnson is a celebrity that has been a household name ever since  his days as a professional wrestling athlete for the popular entertainment company  WWE. After transitioning into Hollywood with his first ever movie role in blockbuster  flick The Mummy Returns where he was cast as The Scorpion King, things have only  been going up since then for the People’s Champion. Here are five reasons why  people love Dwayne Johnson to this day.

Dwayne has always been known for being a doting father to his children. Sharing a  daughter, Simone, with his ex-wife Dany Garcia, and having two daughters --- Jasmine  and Tiana --- with his current wife Lauren Hashian, The Rock has never failed to show  his love and appreciation for all his children. From singing to his youngest daughter  to penning a heartfelt letter to Simone, Dwayne’s fatherly love is well appreciated by  many.

4. A Big Guy with an even Bigger Heart

Dwayne is a man of charity. Not hoarding all the wealth he had acquired from his  successful career, Dwayne is known for regularly donating to several organizations.  Helping out in whatever way he can. Some of these organizations include the Kids  Wish Network, Make The Difference Network, Make-A-Wish Foundation, and many  other foundations established for a cause. 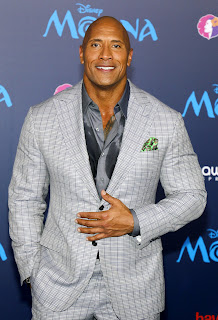 3. He is a Wonderful Singer

Appearing in the singing segments of shows such as Saturday Night Live and being  cast in the major roles of musicals such as the blockbuster animated flick Moana, it’s  not a surprise to many that Dwayne is a great singer. And fans are falling head over  heels for the talent that the man oozes out.

It is also common knowledge that Dwayne did not always start out living the good  life. Growing up in a troubled home and being arrested at the young age of 17 for  petty crimes such as theft, The Rock worked tooth and nail to change his life for the  better. And with the success he currently has, things are working for Dwayne; and his  life story is a guaranteed inspiration to all.

1. He Loves the Fans

Most important of all, Dwayne absolutely adores and appreciates his fans. Taking  selfies and personally talking to his fans whenever he is out in public, people are  feeling the genuine kindness that seems to radiate off The Rock. Predictably enough,  his joyous and kind personality has won over many fans day in and day out.

Neil Gregorio is a graduating university student who writes as a hobby; when he is away  from the keyboard, he spends his time watching Japanese animated shows and jamming  out to his favorite rock music.