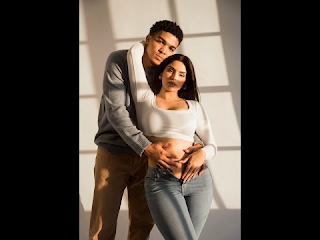 Nazanin Kavari, a famous YouTuber known for her content focused on fashion and beauty, is currently expecting twins with her husband, social media star Mel Wade. On a YouTube video uploaded on March 2022 on her channel, Kavari announced to the Internet that a month before (February 2, 2022 [2/2/22]), she and her husband finally learned about the shocking news of expecting two babies instead of one. This makes their family a group of five — with the twins joining their older brother Kavon who was born on March 2020.

In the video, Kavari talked about her experience with finding out about the surprise — talking to the audience and to Mel as well, she said, “They told me I couldn’t bring anybody, I could only come by myself, so I’m in the waiting room and I see someone has like their mom, someone has like their boyfriend.” She added, “So Mel and Von (Kavon) walked in, and when I tell you I’m so [so] thankful you walked in and you came because I think if I would have done this ultrasound alone and told you you wouldn’t have believed me.” 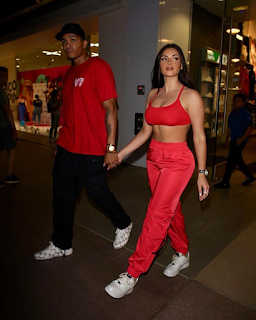 On the other hand, commenting on his brand new experience in the life of fatherhood, Mel also had a few things to say to their fans, he said, “I feel like to this point I’m really starting to become a dad even though Von’s almost two but I feel like this toddler stage is like really (the) test of parenting”. Moreover, he also added, “Now, I really feel like a parent and so, although we’re shocked I feel like we’re ready for this.”