Machine Gun Kelly, music artist and actor, recently released his fifth studio album Tickets To My Downfall. The album, a stark departure from the rapper’s previous four albums, features a number of pop-punk inspired songs and music that would hardly be considered hip-hop.

What does Machine Gun Kelly, AKA Colson Baker, have to say about the switch himself?

“I would like to normalize how we think about doing multiple types of music. I didn’t ‘switch genres’; I’m versatile, and the wall isn’t boxed in. Limitations would cause you to believe that, because I’ve put out four albums that are rap, I shouldn’t put out a fifth album that’s not rap.”

We agree that artists shouldn’t be put into a box, but. as we all know, genre switches can be hit or miss. Here at What’s Good Weekly though, we think that MGK’s change of genres was great. Here’s 3 reasons why! 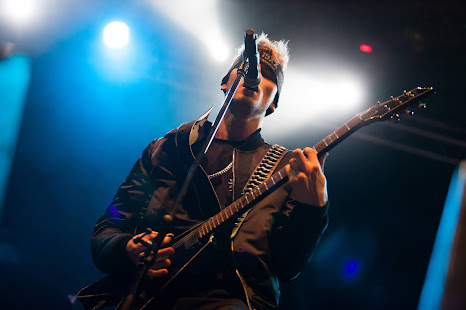 1. It Show His Versatility & Multidimensional Talent

Let’s be clear - rapping and writing hip-hop music is a talent, and it’s a talent that Colson Baker has in spades. However, with his switch of style and exploration of new musical genres, MGK shows that his talent actually has multiple layers. Tickets To My Funeral shows off the fact that not only does MGK know how to write hip-hop lyrics and beat, he can write non-rap lyrics and melodies too. It also shows that Baker can play a number of musical instruments, a talent he might not have been able to show off as much when he was still making hip-hop music.

2. It Breaks the Stigma That Hip-Hop Artists Can Only Make Gangster Music

In a similar way, MGK’s genre switch shows that the themes hip-hop artists write about can be varied and different. This, again, is something that we all know to be true, but it can be all too easy for hip-hop artists, old and new, to be unwilling to write about something new and fall into the same old ruts and themes. By switching genres, MGK not only is able to tackle new musical dimensions, but new thematic ones as well. The content of his new songs, the lyrics, are all brand new and in a new direction, and it’s just another example of how Baker’s genre switch is good for everyone.

3. It Brought Back Nostalgia for the Early 2010’s Pop Punk Phase

The last reason that we love MGK’s genre switch is that it fills a need that all too many of us have been missing  -- good, new pop punk music. Pop-punk had a bit of a moment in the early 2010s, but not since the height of Fall Out Boy and Panic at the Disco in the beginning of the last decade have we had brand new pop-punk music like MGK’s. Not only does Baker’s music give us new powerful songs to rock out to, but it plays on the nostalgia we all have for that era.