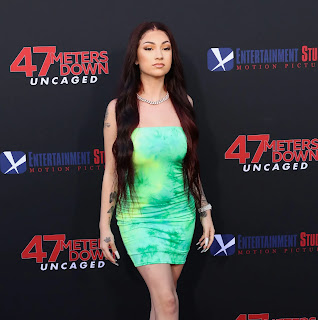 Photo credit: Instagram@bhadbhabie
Bhad Bhabie, also known as Danielle Bregoli, has been a name that has been making the rounds on the Internet world for quite some time now. First appearing on the Dr. Phil show when she was 13 years old, Danielle was launched into online stardom after being made into a meme by users for her iconic “Cash me outside, how bout dah?” remarks on the show.

Not wasting the opportunity to ride the fame that she had earned literally overnight, Danielle adapted the online persona Bhad Bhabie and entered the music career in an instant. Surprisingly enough, her career as a rapper was initially a massive success.

As a newly established musician, Bhad Bhabie quickly reached the Billboard Hot 100 with her first-ever single These Heaux. At the time, she was the youngest female rapper to ever hit the charts. Capitalizing on the fame, Bhad Bhabie was also able to land a record deal, a TV show, and partnerships with makeup brands. 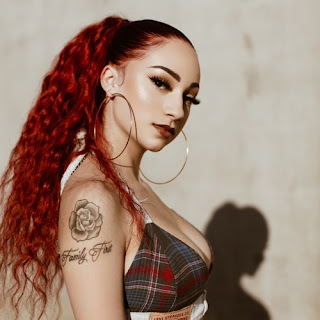 Photo credit: Instagram@bhadbhabie
In the year 2018, Bhad Bhabie was able to release a mixtape 15 and the lead single of the release, Hi Bich, was her second song to reach the Hot 100. And while she enjoyed a considerable amount of success from time to time in her career, her biggest move as of late is creating an OnlyFans page in 2021.

Ever since she started making content for her account, Bhad Bhabie claimed that she has earned a grand total of $52 million since creating her account. On a video shared by the journalism firm TMZ, Bhad Bhabie flexed several of her career achievements, which included the money she was earning on OnlyFans.

In the video, she said, “Call me the ‘Gucci Flip Flops’ girl, the ‘Hi Bich” girl, the girl who got a f***ing million-dollar makeup deal, the girl who made over f***ing $50 million on OnlyFans. Call me whatever you want. When you try to find a way to be annoying about something, it’s just kind of weird.”

Expectedly enough, Bhad Bhabie’s online speech drew attention from both fans and critics alike. Many content creators online have either supported Bhad Bhabie’s growing wealth but several others have not been too happy about her comments and how she flaunted her wealth to the world. Well, one thing is for sure, Bhad Bhabie has been making serious money and there is definitely something working — mad props to the 19 year old.