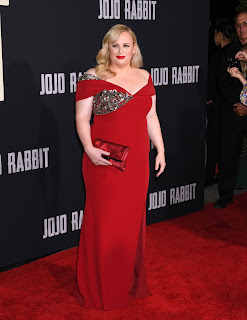 Rebel Wilson comes out publicly in an Instagram post as LGBTQ+ on Thursday, June 9 2022. The 42 year old actress revealed her relationship with Ramona Agrumo when she posted a picture of herself smiling alongside her girlfriend Ramona Agruna with the caption "I thought I was searching for a Disney prince... but maybe what I really needed was a Disney princess #loveislove".

Rebel Melanie Elizabeth Wilson born on March 2, 1980 is an Australian actress, writer, singer, producer and comedian. She became known after appearing as Toula in the SBS comedy series fat pizza after graduating from the Australian Theater for Young People in 2003.

The pitch perfect star had revealed she was "happily in a relationship" back in May but hadn't named who she was seeing at the time, only that it was setup by a friend. She has posted multiple photos with her LA based girlfriend on Instagram. Last month in an interview she told People about how she met her new love through a friend and that they got to know each other by speaking on the phone for weeks before they met. "It was a bit old school in that sense - very romantic," she said. "I think going through the process of finding more self-worth, I think what you want in a partner is elevated and so it's great to have someone who feels like an equal partner and be in a healthy relationship," Wilson added. "There were times - I'm not saying with all my exes, they're great - but there were some times that I was probably putting up with what I shouldn't have. So it feels different to be in a healthy relationship". 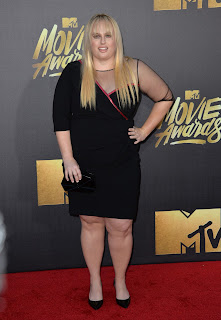 A lot of Wilson's friends and followers have taken to Instagram to praise her for coming out, congratulate her on her newfound love and to wish her well. Rebel Wilson's gay best friend, Hugh Sheridan has revealed his role as "cupid" in setting the actress up with her new fashion designer girlfriend, Ramona Agruna in a recent post after his "I win" comment under the actress' Instagram post. Hugh went ahead to post pictures of himself together with Rebel Wilson and Ramona showing how excited he was to have set up his "two best friends", adding: "call me c-hupid".

Annabel Joseph Jnr is a professional writer who helps tell your story! You can't find her in many places online, but she may be doing some stuff HERE!