How Paris Hilton Built Her $310 Million Net Worth 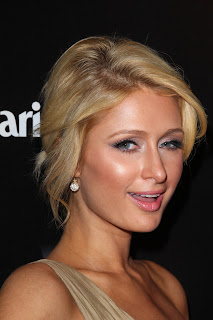 Paris Hilton is a phenomenal woman, gracing magazines and TV screens since the early 2000s. She's Conrad Hilton's great-granddaughter, making her the heiress of the Hilton hotels. Paris holds an astounding net worth of $310 million and has never been shy to show off her champagne lifestyle. While Paris Hilton is born in money, she swears that her extensive wealth is self-made.

A Peek into the Hilton Family Fortune

Despite being an heiress to the Hilton hotel fortune, Paris doesn't coast on her family's money. Conrad Hilton had a net worth of $1 billion when he passed away. But here's the plot twist. In 2007, Barron Hilton, Paris Hilton's grandfather, revealed he'd be leaving 97% of his money to his charity foundation. Lowkey cut off Paris, her sister, and their parents from the bulk of the Hilton Hotels inheritance. So, How Did Paris Make Her Fortune?

Paris is a straight-up entrepreneur who accumulated her wealth through Djing, cloth retail stores, perfumes, and glamorous media personality. Paris's massive perfume empire has earned her precisely $3 billion in gross revenue since 2004, accounting for most of her enormous net worth.

But it doesn't stop there. Paris has several cloth and accessories retail stores. She has created multiple streams of income that have generated her massive wealth. However, people assume everything was handed to her with the Hilton name while she did it all on her own.

More recently, a report by Variety shows that the Paris brand, which has over 45 stores, 19 product lines, and 27 fragrances, has surpassed $4 million in global revenue. That's not all; Paris has a podcast, brand partnerships, and even a production company under Warner Bros. By 2014, Paris Hilton had ranked as one of the highest-paid DJs making over $1 million per set.

Don't forget she has an upcoming reality wedding show and a running cooking show on Netflix.

I wouldn't be wrong to say it's Paris Hilton's world; we are just living in it. Paris Hilton also has a mansion, the 'Slivington Manor,' worth millions of dollars.

What's crazy is how her $310 million fortune is about to surpass her parents', yet they've had twice as long to do it. As more lucrative business deals churn out the checks, her bank account is set to grow even more. She's killing it in the game. Or, as Paris likes to say, she's SLIVING!

I’m a professionally trained content writer with 4+ years of experience. I pride myself on offering top-notch writing and editing services to versatile brands all over the world. My integrity, writing skills, and enthusiasm help me produce unparalleled, naturally-flowing, SEO-dense articles. My services include content writing, copywriting, e-Book writing, editing, press-release, website content, and product descriptions.  https://www.linkedin.com/in/bilha-gitari-a691b1137/