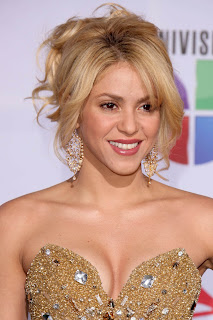 Shakira Isabel Mebarak Ripoll, also known as Shakira, is a musical talent that has always been a media darling, especially because of the publicity she generates from her iconic title as the “Queen of Latin Music”. Ever since she first hit the big time at the young age of 13, most of her personal life has also been a hotspot for attention.

And recently, the Colombian singer has officially called it quits with her long-term boyfriend, Gerard Piqué. In a joint statement announced to media outlet Reuters, the public relations agency of the ex-couple said, “We regret to confirm that we are separating. For the wellbeing of our children, who are our highest priority, we ask that you respect their privacy.”

At the time of their recently announced split, Shakira was 45 years old and Gerard was 35 years old. The two have been together since the year 2011 and they share two children together. The couple first met during the 2010 World Cup that was held in South Africa at the time.

It can be remembered that Shakira made one of her biggest hits during this event with the release of her song for the tournament, “Waka Waka (This Time for Africa)’. The two never married during the span of their relationship. 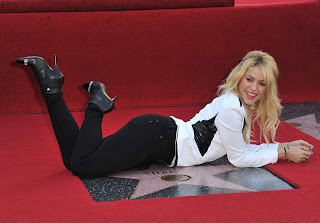 While a statement by FC Barcelona president Joan Laporta has surfaced that Gerard — a football athlete — is currently “suffering” after the breakup amidst rumors that he was having an affair during his time with the singer, Shakira on the other hand is bouncing back hard.

Just a week later after confirming the split, Shakira had already followed Marvel star Chris Evans back on Instagram. While there is still no confirmation if the two have been contacting each other, on a press interview for his movie Lightyear, Chris was asked about Shakira.

He said, “I’ve never met her, but I am a big fan.” Followed up with a question if he would be open to partnering with Shakira for a music video, he remarked, “Oh god, I would be very embarrassed standing next to her. She is too good at it.”

At the end of the interview, Chris only has praise for Shakira, calling her “spectacular”. Shakira has also followed several other guys on Instagram as well such as Jason Momoa and Henry Cavill. Well, we’re glad to see that Shakira is opening her doors again and we can’t wait to see what the future holds for the superstar.