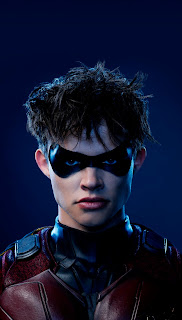 Curran Walters is an American actor who rose to fame in his teenage years. He started as a model but later his career evolved into the impeccable acting career we see today. He features as The Red Hood in Titans Season 3. Curran is very interactive with his fans. He ensures they are aware of his talent, and how he continues to hone his craft. Since Curran is still pretty young, we should expect to see his career advance even more over the coming years. He still has a lot to learn, but Curran's talent and fan base will expand even further given his already high level of skill-set. So, if you've been wondering why his fans can't stop talking about him, here's why.

1. Curran Walters Does His Own Stunts

Many actors and actresses do not perform their own stunts. It's risky, and why do it yourself when someone else has been trained for it? Walters will perform his stunts to a degree, but he also realizes when to stop. He'll delegate the task to his double in a situation like that.

2. He Takes You Through All Emotions in His Acting

Curran Walters is pretty good at expressing a wide range of emotions in his acting. He understands and empathizes with his characters' experiences and struggles. It's difficult for him to take a step back and see the characters through a lens. He is aware of their feelings and depth. 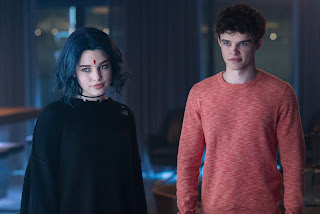 3. Fans Love His Violent Nature as The Red Hood

Curran Walters' fans vibe with his violent nature in The Titans Season 3. He's taken Batman's code to its extreme limits and beyond. On top of that, people seem to like his costume and the general look.

Curran Walters is still pretty young. He was born on January 16th, 1998. Curran is starting as Red Hood in his 20s which is an inspiration to many other young actors and actresses.

5. He's Not Afraid to Make His Own Choices for His Characters

Curran has learnt that making your own decisions for your role is essential as an actor. He understands that you must decide what you believe is ideal for that character and then works tirelessly to guarantee that it is shown to audiences.

I’m a professionally trained content writer with 4+ years of experience. I pride myself on offering top-notch writing and editing services to versatile brands all over the world. My integrity, writing skills, and enthusiasm help me produce unparalleled, naturally-flowing, SEO-dense articles. My services include content writing, copywriting, e-Book writing, editing, press-release, website content, and product descriptions.  https://www.linkedin.com/in/bilha-gitari-a691b1137/