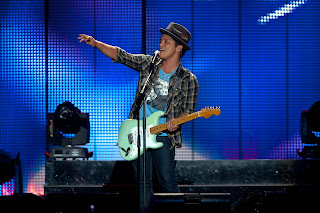 Bruno Mars is one of the most beloved award-winning artists in the 21st century. Known for churning out timeless hits, again and again, it is not a surprise to see Mars at the top of everyone’s playlists up to this day. There is just something about a Bruno Mars song that is instantly recognizable — and listeners all over the world are falling head over heels for the R & B hitmaker because of it. Here are five reasons why fans are absolutely in love with Bruno Mars.

5. Wrote Several Hits For Other Stars

Besides producing hit songs such as ‘The Lazy Song’ and ‘24K Magic’, Bruno is also known to many as a legendary songwriter. Writing globally acclaimed songs such as ‘Forget You’ and ‘Right Round’ for fellow musicians such as Cee Lo Green and Flo Rida, it is without a doubt that Bruno ranks among the most respected hitmakers in recent times.

4. Talented Since His Early Years

Ever since he was a kid, Bruno was already destined for greatness. From excellently performing as an Elvis impersonator at the young age of four to being a natural born musician, talent was in Bruno’s veins. Even the star’s mom, Bernadette Bayot, commented on Bruno’s talent, saying, "Bruno, I knew he was special the moment he was born. I would like to say that he came out of me holding a mic, but that wasn't the case! But he was singing even before he started talking.” 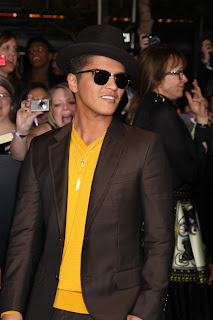 3. Started Out From The Bottom

Things were not always so smooth-sailing for Bruno. At one point in his life, when he was just 12 years of age, the hit artist had to sleep in many shady areas such as the top of buildings, the back of a car, and even a one-room structure in a zoo with his brother and father who had just been divorced from his mother back then.

It’s likely that Bruno’s humble beginnings play a part in his many charitable works which continue up to this day. Besides his musicality, fans also admire Bruno for his big heart when it comes to helping out a cause. Some of his recent works include a generous $1 million donation to the MGM Resorts Foundation to help out employees displaced by COVID-19 and 24,000 turkeys to families in Hawaii during the Salvation Army’s Thanksgiving Food Program.

1. He Brings Positive Energy All The Time

On and off the stage, Bruno Mars always brings positive energy wherever he goes. One of the most talked-about events in the pop singer’s life is a smiling mugshot taken in 2010 after Bruno was arrested for drug charges.  While everybody makes mistakes and this moment in his career is not something to be taken lightly, Bruno makes it a point to just keep on moving forward regardless.