A Summary of Critics' Mixed Reviews On Jared Leto's "Morbius" 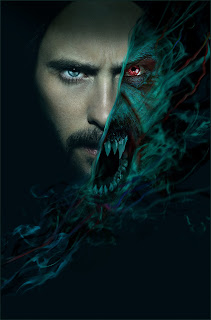 Morbius, the latest addition to the list of superhero films in 2022, is one of the most divisive comic flicks to come out in recent times. Reviews are mixed when it comes to the Marvel Comics-based movie — on one side you have critics throwing out negative ratings left and right, while on the other side you have fans commenting that it wasn’t that bad and it could pass for a decent comic book character plot.

Honestly though, props to Jared Leto for taking on the lead role as Morbius and not shying away from superhero movies even after facing a flurry of haters from his past performance as the iconic supervillain The Joker in the DC Comics’ blockbuster flick Suicide Squad. Well, as with any other film audiences and critics alike cannot simply agree on whether it was good or bad unanimously, it all boils down to one’s personal take and point-of-view on the movie.

If you’re still on the ropes about Morbius after watching the film or you’re still deciding whether to watch it or not then let us take a peek at some of the mixed critic reviews that have come out for Morbius since its release on April 2022.

Many top critics have aired their disappointment with Morbius, James Luxford of BBC.com did not hold back when he commented on Morbius’ lack of direction, saying, “A case of (the filmmakers) had a character, but didn't quite know what to do with it. I think it's quite a messy plot that doesn't always make that much sense A bit different with the horror theme, but nothing special.”

Sophie Butcher of Empire Magazine gave a little bit of credit to some points of the film but the verdict still remains negative, she said, “Despite solid performances and flashes of promise, Morbius is a flat, forgettable affair, failing to deliver an anti-hero origin story we can really sink our teeth into.”

Manohla Dargis of the New York Times remarked on Morbius’ entertainment value even if it was mostly predictable, she wrote, “While most of it is as predictably familiar as expected, it does something unusual for a movie like this: It entertains you, rather than bludgeons you into submission.” While Morbius continues to divide opinions between audiences, at the end of the day, the only guaranteed way to decide whether it was good or not is actually giving it a try for yourself.