Will Smith Is One of The Best Actors of All Time, Here's Why Will Smith has been one of the biggest names in Hollywood for quite some time now. And while he has been in the industry for decades, the 53-year-old actor made rounds with the press once again after winning his first-ever Golden Globe Award for Best Actor for his performance as Venus and Serena Williams’ father Richard Williams in the film King Richard. Smith received his momentous award during the Golden Globe ceremony held last January 10, 2022.

And now, audiences are reminded once again why Will Smith is not only one of the most bankable actors to ever grace Hollywood, but also why he deserves to be on the list of the best actors of all time. Here are some reasons why we think Will Smith is a silver screen legend whose performance will be remembered by many for a long time. 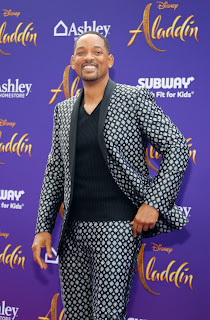 First of all, no one can deny Smith’s remarkable range when it comes to his acting repertoire. From fending off an imminent alien invasion to depicting the boxing Hall-of-Famer Muhammad Ali, Smith’s versatility when it comes to the roles he accepts is a testament to how well he is able to fit into his character seamlessly. Second, the emotions he portrays on-screen are enough to keep audiences — from casual viewers to your hardcore cinephiles — glued to their screens. A prime example of Smith’s emotional range in action is when he starred in the hit TV show The Fresh Prince of Bel-Air which is considered to be the most iconic role of his career. Smith’s likeable and quirky character won the hearts of many when the show aired — and many fans were also left with their heartstrings pulled as well with many emotional moments performed excellently by Smith such as the popular scene from the episode titled ‘Papa’s Got A Brand New Excuse’ which continues to be talked about up to this day.

Smith’s diversity in acting paired with a charisma that seems to naturally flow from within the actor is a definite recipe for success. And time and time again, the Hollywood actor has proven to be a favorite among the public and critics alike. Thanks to this rare talent Smith possesses, he has starred in many fan-favorite films such as the Men In Black film series and I Am Legend among many other classics which are beloved by audiences from all over the world.