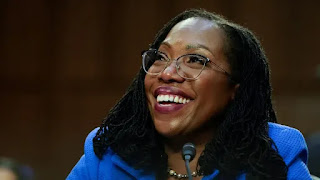 It’s official. Ketanji Brown Jackson becomes the first Black female justice to earn a seat in the United States Supreme Court — also known as the highest court of law in the country. Confirmed by the Senate on April 7, 2022 — Jackson was first nominated for the position by none other than current President Joe Biden himself last February of this year after a seat was made vacant due to the retirement of then Supreme Court Justice Stephen Bryer.

Receiving wide acclaim and praise from the Democrat Party, Jackson’s appointment marks another promise fulfilled by President Biden during his campaign where he vowed to address the many issues in the American government in terms of diversity and other social matters.

After all was said and done, the final tally during Jackson’s confirmation was 53-47, with several senators siding with the Republicans such as Mitt Romney, Lisa Murkowski, and Susan Collins joining the Democrat Party to vote in favor of Jackson’s inclusion in the Supreme Court. 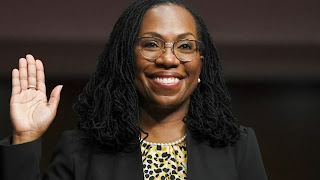 Jackson’s appointment highlights a historic step for the United States government and the country as a whole. After years of conflict and division due to differing ideologies and beliefs — a glimmer of hope and reconciliation is now beginning to shine a light on the current administration and its people as a major step forward towards unity.

Many public officials have also shared their positive sentiments with regard to Jackson’s promotion. Senate Majority Leader Chuck Schumer said, “In the 233-year history of the Supreme Court, never, never has a Black woman held the title of Justice. Ketanji Brown Jackson will be the first and I believe the first of more to come."

After being asked by Senator Cory Booker — another Black justice in the Supreme Court — about the values that she got from her parents, Jackson emotionally replied, saying, “My parents grew up in a time in this country in which Black children and White children were not allowed to go to school together. They taught me hard work. They taught me perseverance. They taught me that anything is possible in this great country.” Expectations are high for Justice Jackson, and we are confident that she will be an excellent upholder of justice for the United States of America.