MGK And Megan Fox Are Engaged! 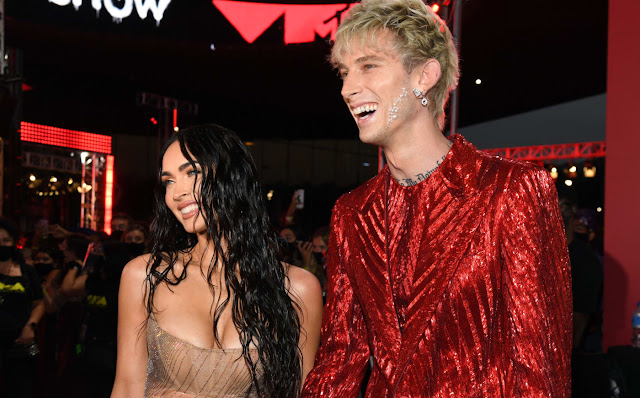 A celebration is in order for Transformers actress Megan Fox and “Bloody Valentine” singer Machine Gun Kelly as they have announced their engagement last January 13. In an Instagram video posted by Fox on her account, the celebrity shared the romantic moment she shared with her soon-to-be husband accompanied by a heartfelt post of their storied relationship.

In the caption of the Instagram post, Fox said, "In July of 2020 we sat under this banyan tree. We asked for magic. We were oblivious to the pain we would face together in such a short, frenetic period of time. Unaware of the work and sacrifices the relationship would require from us but intoxicated off of the love. And the karma”. To finish off the emotional post, Fox added, “And just as in every lifetime before this one, and as in every lifetime that will follow it, I said yes.”

The year 2022 is certainly coming out with a bang with one of the biggest celebrity news coming in hot by the minute. And the celebrity couple, which has been dating for more than a year until the momentous engagement event, has had a fairytale relationship which is definitely one for the books. Let us take a trip down memory lane by checking out the milestones of their star-studded romance.

In March 2020, Kelly and Fox first met on the set of indie film, Midnight In The Switchgrass, where they had a lot of time to get to know each other after production was halted due to the coronavirus pandemic.  On May 15 of the same year, Fox (wedding ring removed) and Kelly were again spotted together - 5 days later, MGK released his Bloody Valentine music video with Megan Fox starring in the leading lady role.

On June 16, their relationship was made official on an Us Weekly report. Fast forward a year on May 23, 2021 - the celebrity couple attended the Billboard Music Awards together - causing a stir from both the press and their fans. And jumping forward a few months later an engagement was officially announced to the world on January 13, 2022 -  although the engagement actually took place two days before on January 11.