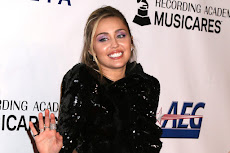 The phrase “voice of a generation” may get thrown around a lot these days, but if there’s any star who might be deserving of the moniker, it’s world-superstar Miley Cyrus. A star from her teenage years and even before, an entire generation of music and pop-culture lovers have grown up right alongside Miley in the last couple decades. It’s no surprise then that, in that time, Miley has changed her image a number of times. In a way similar to other “voice-of-a-generation” artists before her like Michael Jackson, Miley Cyrus has grown and adapted to always stay relevant to her audience and the pop-culture world at large. Here’s four of her most defining phases! 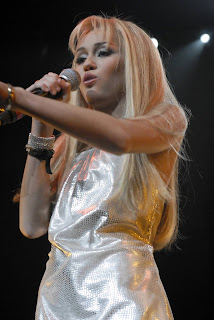 Though she comes from a talented family that includes the likes of Dolly Parton and Billy Ray Cyrus, Miley first made a splash of her own as teenage star Hannah Montana. Premiering on the Disney Channel in 2006, Hannah Montana was a television show that explored the fictional alter-ego of Miley Cyrus, a famous pop-superstar named Hannah Montana. However, Montana soon became a “real-life” celebrity in her own right, and it wasn’t long after the show aired that Cyrus was touring the country, singing her bubblegum-pop, Disney-approved songs to masses of teenage fans across the country and world. 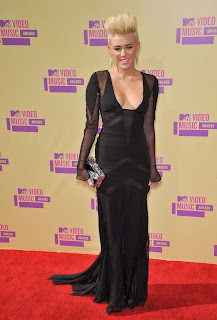 Eventually, as both Miley and her fans grew too old for the ruse, Hannah Montana was left behind, and Cryrus was left to find her way through the post-child-star celebrity world. The track record for Disney stars in this wasn’t and still isn’t all that great, and it was clear in these years  that Cyrus was struggling to find what her image would be in a post-Disney world. Though her first album after Hannah Montana included bright, poppy tracks like Party in the U.S.A., it was clear from 2010’s Can’t Be Tamed that Cyrus was headed in a new direction. The Hannah Montana wasn’t completely shed yet, but it was clear from Can’t Be Tamed heavier tracks and edgier imagery that Cyrus was on the verge of rebellion. 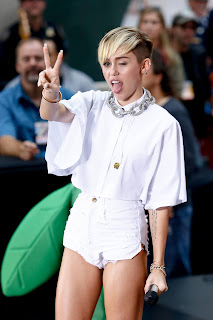 Then came the ever-infamous Wrecking Ball video. The music video, made for one of the singles off of Cyrus’s 2013 album Bangerz, took the world by storm, and drew quite a bit of criticism from media outlets and consevative groups around the nation and world. The video, which features Cyrus riding a wrecking ball naked, is nothing all that more racy than dozens of music videos that came before and after it, but the pop culture world still ganged up on Miley following the video's release, criticizing America’s former sweetheart for baring it all on camera. The Wrecking Ball video had its intended effect in this way though, and it, as well as the more hip-hop and R&B inspired tracks from the entire Bangerz album, proved that Hannah Montana was good and gone and that the new Miley was here to stay. 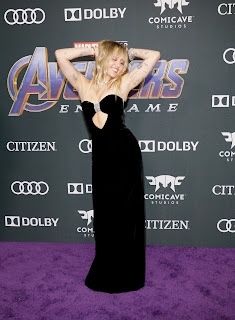 Now, in 2021, Miley Cyrus seems to be more herself than ever. Though the young star has always stayed true to herself in one way or another, Cyrus now seems to be more assured of herself than ever before, and her current musical style—a unique blend of country roots, alternative pop and punk and classic rock—seems to be the perfect mix for her voice and tendencies. It’s no small feat that the star is still just as popular today as she was 15 years ago, and, though she’s had her fair share of “controversy” it’s clear that Miley Cyrus truly is a voice of a generation.