Illinois Rapper, Neeko, Is A Star In The Making! 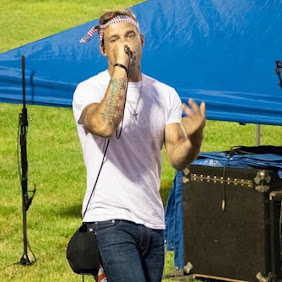 Neeko of #WARMusic is a young, up-and-coming rapper and musician who releases his music on all major streaming platforms as well on his SoundCloud. Neeko, whose real name is Nicholas Decowski, is also very vocal and active on social media, where he regularly interacts with and answers questions from his fans. He caught the attention of the CEO of our parent company, Calynn M Lawrence, when she came across an article published about him in his local newspaper online that touched her heart. After reading the article, she decided that his story should be told on our publication. And, rumor has it, he may even be chosen to an honoree at this year's annual Fresh Faces Project Awards and a cast member on Season 3 of "Chicago Talent."

Ever since Decowski had the ability to make music he has done so. As he told a fan in one of his many Instagram Live Q&As: “Rap chose me.” Decowski describes how he spent his first real paycheck on hardware and software used to make beats, and from there, his friends and peers around him encouraged him to rap and perform over his own music. The rest is history.

Decowski first gained some recognition by winning the Ottawa’s Got Talent competition and donating half of his winnings to charity. The musician, who now lives outside of Chicago, now has several hundred dedicated fans on social media and 200,000+ streams on Soundcloud! But where does Neeko get his motivation? From all around him.

“I get my inspiration from personal experiences,” he said in a video. “And by hearing the right music at the right time.” 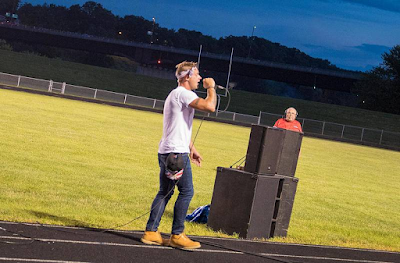 In another video, Decowski explained that there’s never been a better time to be a musician than now.

“We’re in the internet age,” he said, “and we’re going on a decade and a half now of artists being able to upload their own content.” He stressed that not only are there so many new and different ways to get noticed but that as the music grows more and more accessible, the strict categorizations and styles we’ve come to know will all continue to blend.

“Genre is going to keep on crossing,” Neeko said to a fan who asked him about the future of the music industry. “we’re going to keep seeing a bunch of unusual cross-overs.”

So what’s next for Neeko of #WARMusic? Well, as it turns out, quite a bit.

In an Instagram story posted on April 5, 2021, a fan of Neeko’s asked him about his goals for the next 30, 60, and 90 days. Decowski answered and said that his next musical project “I Told You” would be available on all platforms and that his energy would be focused on marketing all the songs for that project. His goals for the next sixty days included following through on that release as well as filming a new music video. This video would be a follow-up to Neeko’s most recent video, “I’m Alright,” which was released in early March and is available to watch here.

As far as longer-term goals, Decowski said he hopes to be “back on his hype” by mid-summer in 90 days. “I have all my bases lined up to execute my plans financially and emotionally, and I just gotta get myself there physically—so I’ll eat better and exercise."

Keep up with Neeko on social media and see how his plans pan out as a star on the rise!

All of Neeko of #WARMusic’s catalog is available to listen to on his SoundCloud or on Spotify.