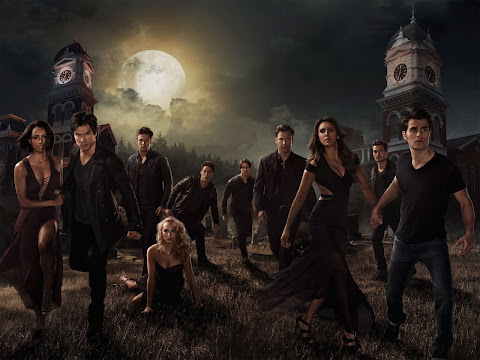 "The Vampire Diaries" was one of the most popular teen television shows of all time! If you were a teen or tween in the 2010s, then chances are you've heard of this show! Filled with fangs, fights, family drama and fantasy finesse, the series managed to run on air for almost a decade from 2009 to 2018. While many of their fans were disappointed by its end, it also sparked the inception of two popular spinoffs that's we'll cover later, "The Originals" and "Legacies." What made the show so popular? We'll give you four of the top reasons!

You may not have noticed that, literally, the entire cast of the show is nothing short of hot! From Ian Somerhalder's piercing baby blue eyes contrasting his jet black hair to Kat Graham's beautifully brown complexion and killer smile. The producers knew what they were doing when they engrained undeniable marketability into the cast of the show by hiring all attractive actors.
#2 INTOXICATING ROMANCES 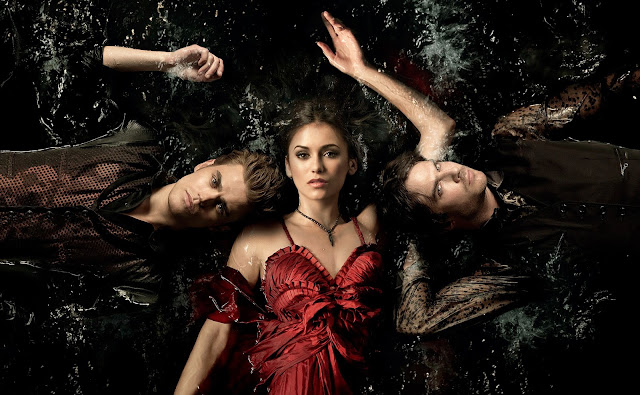 The love triangle of the century in teen television was undoubtedly Elenda, Damon and Stefan. The unfolding our Elena and Damon's eventual relationship that lasted until death did them part (a couple of times) was beautifully executed. While we enjoyed the youthful entanglement of Stelena, the way things ended with Delena was perfect. We also enjoyed seeing the unexpected development of Bonnie and Enzo, and the brief but touching marriage between Caroline and Stefan!
#3 NONSTOP DRAMA 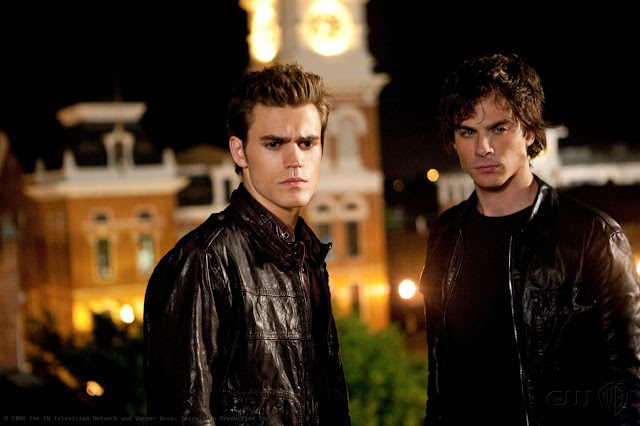 If it's one thing we can say about The CW and the shows that they produce, it's that their embodiment of the phrase "never a dull moment" is riveting. The nonstop drama in the TVD series is one of the main reasons why the show was able to be carried for 8 seasons over 9+ years. From fighting evil doppelgangers like Katherine and Silas, hunting herds of vamp-wolf hybrids, breaking out of prison worlds and taking down the devil himself, they left no stone unturned on the battlefield!
#4 KEY DIFFERENCES FROM THE BOOK SERIES 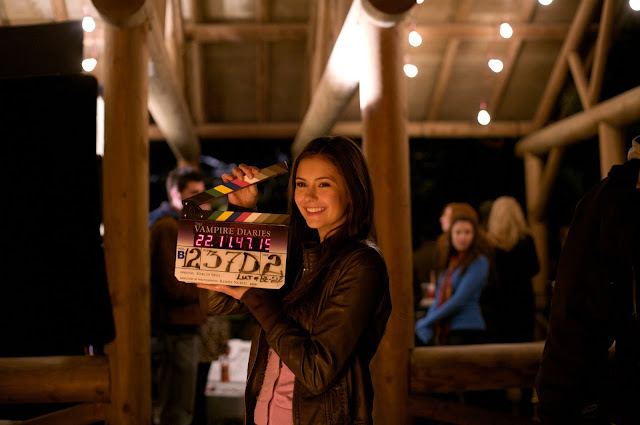 For those unfamiliar with the book series, you might not know that there was a delicate balance at play in the TV series that managed to keep true to the core of the original characters and their arcs. The ratio of original content from the book series and television adaptations made to better engage viewers was one that took a little bit of time to get right. For example, in the pilot, Damon is able to transform himself into a crow and a dark fog. But, after the first season, this is no longer seen or mentioned for him or any other vampires. Co-creator and showrunner, Julie Plec said in an interview with Entertainment Weekly for the anniversary, “We basically used the pilot and did everything we had to do from the books and from vampire tropes to sell a vampire show, but when we got to series we realized that it’s just too much. When your heroes are capable of too much, then they should be able to do even more and it becomes more and more difficult to put real obstacles in their way while keeping the stakes grounded.”
These reasons among others kept fans feening for more of The TVD series! Quite frankly, we wish it never ended, but we're glad that the producers were able to lay the teen television giant to rest in a way that paved a pertinent path for other series to come.