"Manifest" Has Been Renewed For Season 3 And We're Stoked About It! 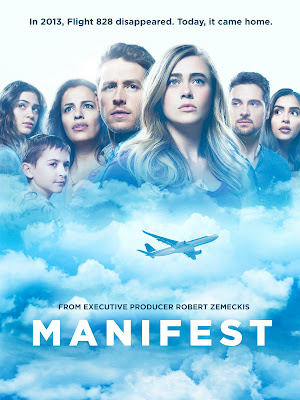 "Manifest" is a sci-fi drama series that follows a group of flight passengers who had a somewhat supernatural experience. They were flying to the US from Jamaica in 2013, and they're flight did not land until 5 and a half years later. The world had moved on but they were the same. Now connected by a spooky 6th sense known as "the callings," they experience visions that lead them to certain actions that usually end up saving someone's life. While there was a plane full of passengers, the series focuses on detective Michaela Stone, her brother Professor Benjamin Stone, her nephew Cal, her friend Doctor Saanvi and her husband Zeke, along with their other family and close friends. 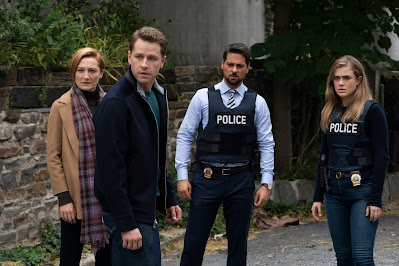 Despite having a unique plotline, and thematic similarities to the six-time Emmy award-winning series, "Lost," the show reached renewal by the skin of its teeth. Generally positive reviews in the press and a fairly sized fan base allowed the series to skate by with the network. According to Deadline, "The season 2 finale drew solid numbers, earning a 0.8 rating in the adults 18-49 demographic and 4.58 million viewers, with the series averaging a 1.5 rating in adults 18-49 and 7.7 million viewers in live plus seven."
We enjoy the series and would love to see this season be the strongest yet! There are so many things that we are left to wonder about. What will happen to Saanvi's career? Will Michaela and Zeke last? Will Olive ever find love again after the horrific death by fire of her boyfriend? Will Ben and Vance finally crack the code and unveil all of the answers to the mysteries that surround 828? So many questions that need so many answers. We will be tuning in to season 3 and reporting back!
www.nbc.com/manifest
Follow our Facebook @whatsgoodweekly
Follow our Parent Company's Instagram @caycomcreate
Labels: ART & ENTERTAINMENT HOLLYWOOD