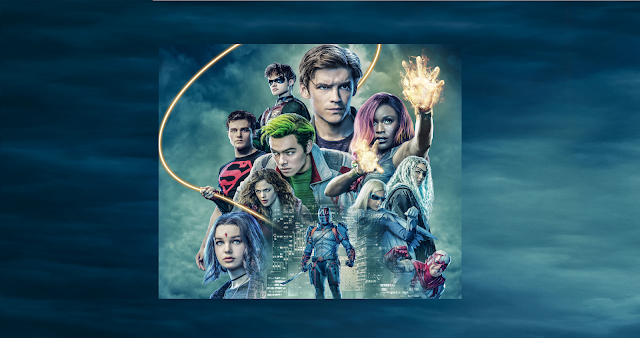 "Titans" is the long-awaited live-action series of  DC's Teen Titans. It stars the "original Robin, Nightwing" aka Dick Grayson, the "new Robin" aka Jason Todd, Raven, Beast Boy and Starfire. They have supporting characters with Wondergirl, Hawk, Dove, Superboy and Rose. Despite some shotty reviews from entertainment critics and YouTubers, we've got a few points to make about why this show is actually pretty good and has so much potential. 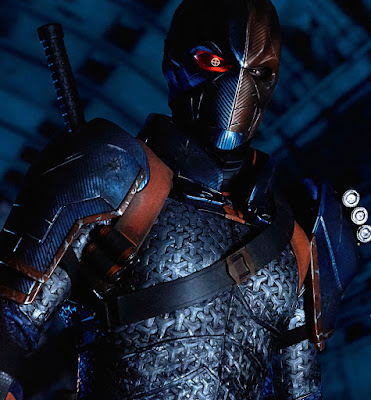 With quite a few infamous villain choices for the main antagonists of Season 1 and 2, DC chose the best two villains to really show how well the team works together to defeat powerful enemies. In Season 1, the main villain is Trigon, an all-powerful being who is also the father of Raven. A piece of his soul lives within her and he continuously taunts her until he eventually overcomes her and uses her body and spirit as a vessel to get to Earth in attempt at taking over. You guessed it. The Titans eventually stop him with Raven being the one leading the forces and putting the nail in the coffin.

Slade is the main enemy for the team in Season 2. He's a genetically enhanced war veteran turned lethal bad-guy assassin with a serious beef against Dick Grayson. This causes him to wage war against the Titans and plant his daughter, Rose, as a spy to win over their trust and relay vulnerable informational to him. However, for the sake of her character's morality and her love for Jason Todd, she decides to prematurely end their deal. Ironically, the next time the Titans battle with him in person, she is the one to drive the sword through his heart. 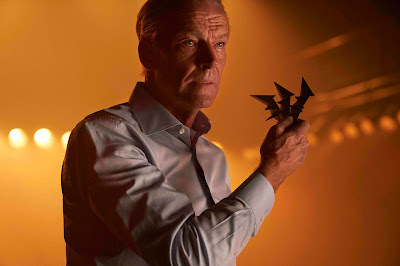 The continued theme of patricide, most times at the conclusions of someone's reign, is a gem that many critics fail to realize. Rose killed her father, Slade. Raven killed her father, Trigon. It was discussed that Blackfire killed her parents on Tamaran to usurp the thrown. Robin even has a dream that he killed the man who raised his, his adopted father, Bruce Wayne. This was very clever of DC to use this as a motif to show us that many of the titans are willing to do whatever it takes to gain independence from their families and establishing a new sense of individuality.

Raven was literally haunted by her father for years, and quickly took her opportunity to rid him from her world. She also killed her friend's father whom she met at a soup kitchen, liberating her from his abusive wrath. Rose, upon killing Slade, literally and figuratively became a new person. She figuratively became a new person because she had proved to the highest extent that her loyalty was with the Titans, which she had never done before. She literally became a new person because once Slade died, her body was taken over by the spirit of her brother, Jericho who was living within Slade. Robin did not actually kill Bruce Wayne, but it would fit with the theme considering his desperate quest to start a new life and separate himself from Bruce.

This is juxtaposed with the idea of how the Titans are ironically supposed to be A FAMILY within themselves. Given their detachment from their actual family, it adds that much more value and substance to their family-like dynamic between themselves. 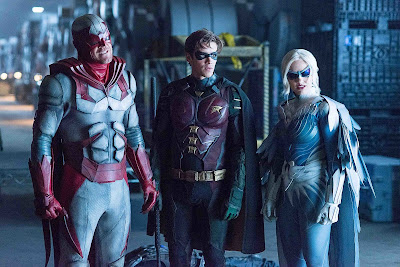 "Titans" has so many great opportunities for character development and new introductions. For example, one of our favorite characters, Cyborg, has yet to be introduced. This leaves room for him to have phenomenal inception within the series. Especially considering the uniqueness of his powers relative to the others, this is something that DC could really use to their advantage! We also are anxious to see how the battle between the Titans and Starfire's sister, Blackfire, will go down. Since we have only been given a small taste of Blackfire's capabilities, it will be interesting to see her work at full capacity and how that would affect the team. Another great villain group that could be, and SHOULD, be implemented is the H.I.V.E. Despite being antiheroes, they are mighty when they stand together and it could make quite the season to see a plotline revealing a climactic process of the Titans taking them down. 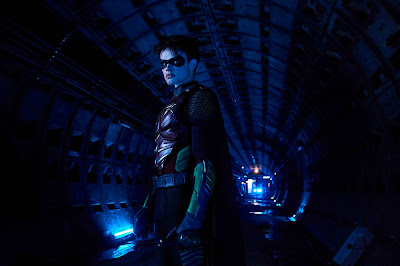 Many critics of the show claim the show is too dark and mature, given the fact the group is mostly made up of teens and young adults. However, we feel that DC is being true to its nature and doing the show justice by creating this more serious and calamitous atmosphere, as most of their stories have such as Suicide Squad, Batman, Green Arrow etc. The almost impending sense of doom that shadows the setting of the show makes it all the more suspenseful and satisfying when the Titans triumph.

With all of those positive points, there are a few valid things that could be improved. The first is that the plotline is a little hard to follow given how the episodes often skip between perspectives and between present day time and flashback. There should be a better chronicle of events for the upcoming seasons. This would not only make it easier to follow, but it would be better for the purpose of building momentum within the show and moving it along in a way that makes sense.

Another thing that could definitely be improved is Beast Boy's abilities. In the comics and previous series, he was able to shapeshift into pretty much any animal making him much more powerful and interesting. In "Titans" he only turns into a tiger.

One of the biggest disappointments was Raven's battle with Trigon. Given the nature of his persona, being "supernatural" and "all-powerful," it didn't make sense that their fight only lasted a minute or two. That most definitely should've been extended and really played out better seeing as how it is such an anticipated moment within the story.

With all of that being said, we are super excited for Season 3! We have great hope that DC will not disappoint and we will be ready to binge-watch the entire season on their app as soon as it is released!