Tom Cruise's "Top Gun: Maverick" Is On The Way To $1 Billion At The Box Office 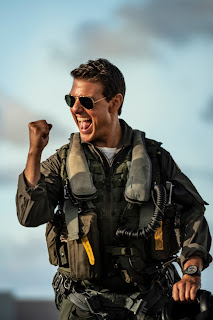 “Top Gun: Maverick”, the blockbuster sequel to its 1986 predecessor “Top Gun” which also shook the movie industry back then is continuing to reap the rewards of its ongoing success this 2022.

Produced by Paramount, Top Gun: Maverick has been soaring to even greater heights since its release last May 27 of this year in the United States. So much so, that as of this article’s writing, the movie has currently been reported to fly past the $900 million mark in its total earnings at the box office.

Raking in a grand total of $901.8 million in its most updated reports, the action-packed sequel is presently ranked as 2022’s second-highest grossing movie around the world, just behind the superhero flick “Doctor Strange in the Multiverse of Madness” released by Disney and Marvel Studios — the latter had earned a total of $943 million. 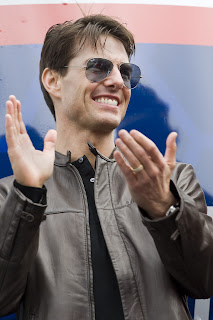 With the speed of Top Gun: Maverick’s earnings worldwide, it is obvious that the Tom Cruise-led film will soon surpass the Marvel topnotcher in the weeks to come. And analysts are certain that the film will even reach the $1 billion mark in total earnings very soon.

Just in the domestic market alone, Top Gun: Maverick is currently the highest-grossing film at the box office with over $474.7 million in total earnings. For Paramount Studios alone, the film is their second-highest grossing domestic release as of date.

The studio behind the film has credited the high earnings to repeat viewers who return to watch the film again, especially in the North American area. Based on statistics, 16% of audiences have returned more than one time and 4% have returned for a third viewing of the film or even more.

Some have predicted that the official $1 billion mark will be reached by the sequel in the week of the 4th of July, but with the profits still coming in hot in just more than 20 days since its initial premiere, things might move even faster.

Top Gun: Maverick, which was directed by Joseph Kosinski, was well-received by both viewers and critics. While Tom Cruise reprised his role as the film’s top star, he performed alongside other hot names in Hollywood such as Miles Teller, Jon Hamm, Glen Powell, Jennifer Connely, and Val Kilmer.