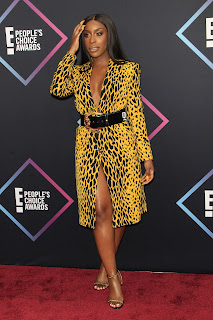 Jackie Aina, the 34-year-old YouTube star most known for her content focused on beauty-related topics, is one of the most adored makeup content creators on the Internet. Formerly known as LilPumpkinPie05 and MakeupGameOnPoint, Aina has attracted a huge following thanks to the insightful advice she shares with her audience that never fails to hit the mark. Aina has been making rounds on the Internet for years now — and with good reason. Here are five reasons why fans adore Jackie Aina.

One of the main reasons why fans keep on coming back to Aina’s videos is her attention to detail when teaching her viewers about her signature makeup techniques. With skincare and makeup product reviews that are easy to follow and understand — it’s no wonder that fans only have good things to say for the Los Angeles-based makeup artist and influencer.

4. She is a US Army Veteran

Just after two years of college education, Aina enlisted with the United States Army Reserve. It was when she was stationed in Hawaii that Aina found her passion for being a makeup artist. Balancing both her newly found passion and serving the country at the same time is no easy feat — and it is definitely something that is worth admiring. 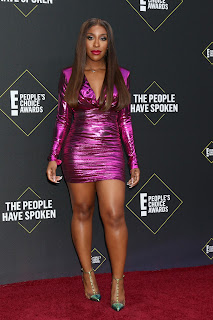 Aina did not have a life of glitz and glamour on her mind when she created her YouTube channel. At first, Aina started creating content as a way of coping with her unhappy marriage back then. In 2006, she uploaded her first video which was titled “Electric Purple Smokey Eye” and eventually, her attention-grabbing content had its much-deserved attention and Aina continues to rack up her social media numbers. She currently has 3.57 million subscribers on YouTube, 1.8 million followers on Instagram, and 714.8k followers on Twitter.

Jackie Aina has been involved with a lot of popular makeup brands in her career. Perhaps the most notable of her partnerships are with M.A.C. and Bobbi Brown Cosmetics. She also has experience as a freelance makeup artist for five years under her belt. Way to fill up the resume’ with a few big brands to boot!

1. She is an Advocate for Social Issue Awareness

While Aina is beloved for many reasons, her advocacy for diversity in the makeup industry ranks as one of the best. She has called out the lack of darker shades available in the market and has formed lasting relationships with cosmetic companies that have acknowledged her criticism in order to fix the situation. Aina truly makes good use of her massive online platform and fans are definitely thankful for it.