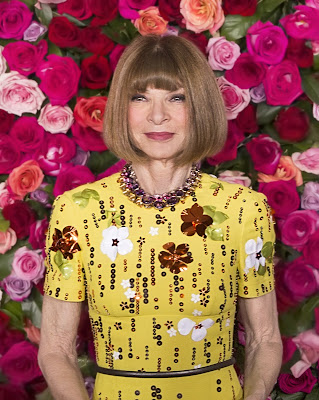 Anna Wintour is arguably a cornerstone of modern fashion. Through introducing nuanced ideas and strategies around fashion media that transformed the cultural landscape. Also, becoming one of the most significant power players in the industry by earning herself the top editorial roles for the biggest fashion publications in the world—Vogue and Conde Nast.

While many know Anna Wintour for her one-of-a-kind look, that’s made up of a pageboy bob haircut, and dark sunglasses dawned in front of her eyes almost anywhere she goes. There is more to Wintour’s uniqueness that goes beyond the surface. For behind those dark shades is a visionary eye, that sees into the future of fashion through analysing world trends—leading Anna Wintour to execute the subsequent decisions that revolutionised the fashion industry.

...But is ‘analysing trends’ the only way Anna Wintour was able to make such an impact on the fashion world?

In the industry today, we know how important it is to combine fashion and fame. Fans of popular actors, musicians and other celebrities have a fixation on their lifestyles—including what they wear.

Celebrities are a driving force of attraction, influence and inspiration. Anna Wintour recognised this before any other fashion publication. Back in 1981, Wintour had worked on a cover with actress, Rachel Ward. It turned out to be a great success with the number of sold copies made; then it was history! Now, celebrity covers are the norm!

2 – Shaping a Publication around a Culturally Shifting Audience

Once Anna Wintour took charge of the UK Edition of Vogue, she made major changes to the staff’s modus operandi and exercised greater oversight over production than previous editors.

She earned the nickname ‘Nuclear Wintour’ for her perceivably cold, no-nonsense approach to business, which pushed the company to become more organised and streamlined.

Wintour aimed to reflect the company around a new emerging audience of women interested in businesses and money, who didn’t have time to shop around, but were decisive and wanted to know what, why, where, and how.

This new trend amongst women’s lifestyles was spotted and targeted as an audience by Wintour first. Now, this lifestyle of women is part of the masses, and many publications today follow in the footsteps of Wintour, including how they operate their companies. 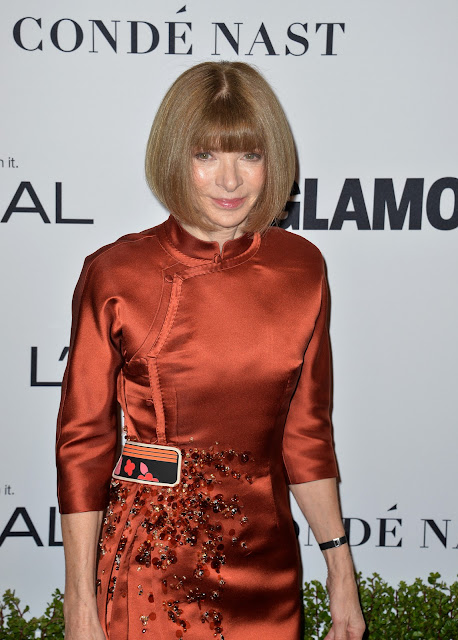 Once again, Wintour was one step ahead of combating the disconnect between the stale traditions of fashion media and women of the late 80s, whom many were subscribing to an increasingly libertarian counterculture.

It’s why in the late 80s, Vogue was losing traction in the fashion industry under the editorial control of Mirabella. She was known to use the same well-known models repeatedly, with a preference of framing models in tight close-ups, headshots and wearing all-expensive garments and accessories.

When Wintour became editor of Vogue, she decided to innovate with the style of cover photos by including the following:

This new style that broke all the rules expected from a cover had begun with Wintour’s infamous cover photo of 19-year-old Michaela Bercu in 1988. The model’s pose was natural, framed in a way that captures an honest moment. Her eyes were not fully open, and her hair was blowing in the wind naturally since the photo was taken outside on the street—all these factors were uncommon for a cover photo.

The most controversial part of the photo was the model wearing a $10,000 jacket with $50 jeans. Many critics would comment and question if this were a religious statement due to the cross on the jacket, or if she was pregnant, but it was for none of those reasons, and the audience loved it. Finally, there was a cover to a magazine they found somewhat relatable and easier to connect with.

To this day, this style of cover photo is used throughout the fashion industry and is yet to change. Even Gigi Hadid recreated the 1988 cover in respects of how revolutionary that photo was.

While being separate forms of influence, they both played an important role in the representation of African Americans.

The friendship between the two had begun before P-Diddy became widely successful and closely after he debuted as a rapper. Wintour would take him to fashion shows and events, where P-Diddy would gain a new sense of fashion that went against the grain of the rough and tough look rappers were known for.

P-Diddy’s new look influenced by Wintour was adopted by other rappers and their audiences—allowing HipHop fashion to gain depth with its ‘diversified’ style associated with the genre.

In a 2020 interview, Anna Wintour recalled how she fought to have Naomi Campbell on the 1989 September cover of Vogue, that her boss and mentor felt an African American model was below the standard for their cover. Still, Wintour saw past this, knew Campbell would be a great addition, and saw promise in the model.

Wintour got her way, and both the cover and Naomi Campbell’s career turned out a success and was a significant moment in history to break the standard in Vogue that was anti-blackness, and other publications slowly followed suit.

5 – Exercising the Media’s Power over Fashion

Critics have pointed their fingers at Wintour for setting a bad precedence in the fashion industry by using her position in the media to have control over what is fashionable and what fashion designers create—straight down to the assembly line.

The first bit of criticism thrown her way was persuading designers to loan their clothes to societal elites and celebs for them to be photographed in and covered by Vogue and other publications. This strategy of puppeteering uses fame to dictate the fashion of the masses and eerily presents a greater sense of value and reliance fashion designers have on fashion media.

Wintour was also accredited for killing grunge fashion in the 90s, for telling fashion designers that she wouldn’t cover their fashion for her publications due to their lack of glamour, so the designers would comply with Wintour’s ultimatum, which was quite ironic on Wintour’s part since in the 80s she went against glamour, but clearly her line was drawn when it came to grunge.

Bio: Shaan Khan is the Author of ‘Red Scales’, a mystery thriller novel available on Amazon.com, and a Freelance Content Writer that creates blog articles on almost anything—including Entertainment, Technology, Socioeconomics and Gaming!

To contact Shaan Khan and preview his works, here are the following links: