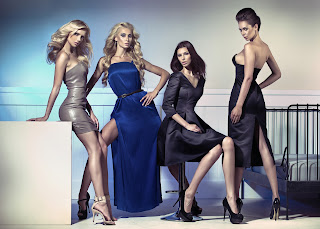 For fashion to evolve, you need certain people to think outside of the box with a passion for how they express themselves uniquely. For some onlookers, it's a hit or miss, where they either hate or love an individual's unique fashion statements. Then there are others like me, who care more about enjoying the show and art form, similar to my obsession with products and their branding.

Celebrities are known for their avant-garde ways. The same applies to those in this list who each have their own signature look that molds around their personality and exclusive lifestyles and experiences—amassing the power to inspire or even entertain the masses whether it's for the right or wrong reasons. 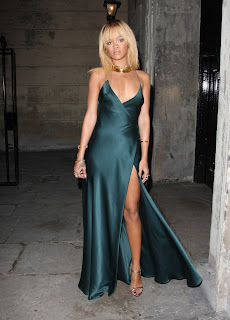 No one on this list has as much diverse taste in fashion as Rihanna. From eccentric to basic, yet one theme mostly seen throughout is the billionaire singers style choice to accentuate her legs whenever she can. Commonly achieved through dawning a skirt or mini dress, but for long dresses, there is typically a cut off portion from the front that showcase her legs.

With her more vibrant, eye-catching outfits, you'll often see a design choice in-line with her Caribbean roots, where dresses will include feathers and bright colours similar to what you would find on exotic birds. It's brash, frilly and spreads high and wide beyond her body. I can even see similarities with both showgirl outfits and what they wear at the Rio Carnival in Brazil.

Rihanna has also dabbled into post-modern fashion, where she dresses in a subverted blend of fashion styles that clashes classes of wealth, prestige and morality into one dress. An example of this is a classical dress culturally modified to be provocative by having the outfit be entirely transparent, enough to expose her body.

A second example is when Rihanna wears a sports jacket or cap with an elegant dress. At the most basic level of the singer's fashion, she will typically resort to baggy urban/street clothing. 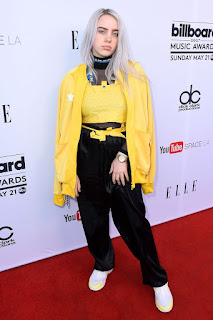 The fashion sense of Billie Eilish has been described as the embodiment of Gen Z culture—but on crack.

Of course, the claim is somewhat narrow for the abundance of sub-cultures out there for young adults, but Billie Eilish fashion sense has been inspired by a good mix of them, including subcultures around skate, punk, goth and grunge.

Another reason people feel that she 'leads the charge' for Gen Z representation is that her personality fits the stereotype of Gen Z being laid back, angsty and edgy.

So it's common to find Eilish with a rebellious look that consists of baggy clothes that she likes to slouch in. You'll find Eilish typically brandishing her signature color of toxic green in her hairstyles, clothes or accessories while wearing sharp, edgy jewelry—her fashion oddly holds an interesting mixture of a dark yet vibrant aesthetic.

Billie Eilish seems to enjoy playing with the stereotypes surrounding her by including imagery in her clothes that depict some form of 90s or 00s nostalgia, such as cartoon characters. She has also seen to do the opposite of embracing the stereotype by dressing in classical dresses with traditional makeup and hairstyles. 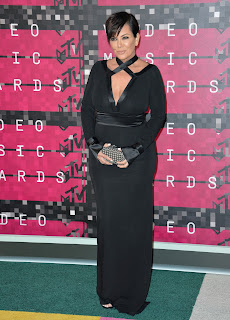 'The Woman in Black' would have once been a fitting title to bestow to the queen of the Kardashians, Kris Jenner. She still loves to wear her black clothes, but not in a dark Gothic sort of way, but in an elegant sense, fit for a ballroom or business look with her black eyeliner, blazers, fur coats and boots.

There is an emphasis on materials to highlight their quality and her prestige, with classy taste in leather, suede and expensive yet controversial real animal furs.

Her second go-to color for fashion is ironically white, so a rather small colour palette to choose from. Still, sometimes she mixes the two colors for a zebra print design, as seen in one of her latest tweets. Jenner also surprisingly included the print design of pineapples on her dress which shows she doesn't always shy away from color and quirkiness depending on the day's itinerary!

Although the simple choice in clothing might be subdued, it allows for more emphasis on her flashy jewelery, handbags and shoes instead! Just know, when you do see Jenner wearing a range of colors, it's usually as natural as it comes, in the form of real animal fur and skins. 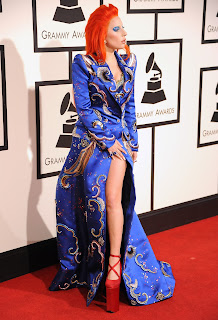 When it comes to fashion, no celebrity raised the bar of ridiculousness quite as high as this petite singer had. Raising the bar, not an inch, but a mile higher each time with famous dresses such as the one made purely out of meat or the other covered entirely in Kermit the frog puppets. Last but not least was the outfit that turned her into a ball of spikes to which she could barely move in!

So practicality doesn't see much light when deciding upon her outfits, but these outrageous examples were used for events, so are her daily outfits just as extreme? Not quite.

In fact, Gaga can recently be found wearing relatively basic outfits such as a pair of jeans and top, lounge wear or smart clothes. It's surprising that her outfits are less eye-catching than even Kris Jenner's outfits, but Lady Gaga is unpredictable. For there are days, she wakes up like a werewolf under a full moon and throws on something to let people know she is the queen of weird and wonderful outfits—maybe even wearing a werewolf outfit next! 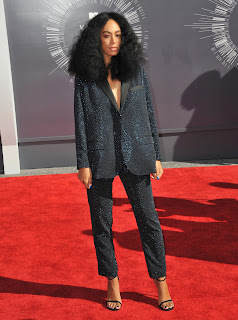 At a surface level, it's easy to dismiss Solange's fashion choice as minimalist With the lack of patterns and range of colors in many of her outfits, but there is an emphasis on other details instead. This includes 3D textured knitwear or robust leather, whatever the material, it's bold or it shines like the very ordinary-looking puffer jacket she wore at the Met Gala back in 2017 that captured many people's attention.

Solange will also utilise the minimalism for long-bearing dresses by having them in one solid color that's bright and vibrant to visage powerful imagery akin to a rising sun or a piece of gold.

When Solange does opt for patterns in her fashion, she is still drawn to a mesmerizing look by favoring geometric shapes with a traditional African aesthetic.

Bio: Shaan Khan is the Author of ‘Red Scales’, a mystery thriller novel available on Amazon.com, and a Freelance Content Writer that creates blog articles on almost anything—including Entertainment, Technology, Socioeconomics and Gaming!

To contact Shaan Khan and preview his works, here are the following links: