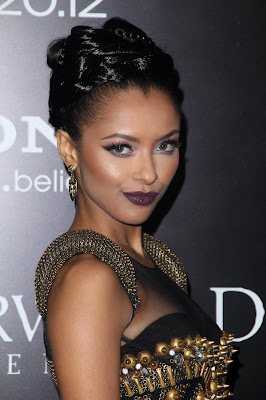 Kat Graham, best known for her role as Bonnie Bennett on The Vampire Diaries as well as for film roles in The Parent Trap and 17 Again, is using her platform as a famous and celebrated actress to champion human rights around the world. The actress, a Liberian African American woman, has in recent years traveled with the UNHCR, the United Nations Refugee Agency, to places like Jordan, where she met with and learned from Syrian refugees who were fleeing from combat. In December of 2020, after 8 years of work with the organization, the 31-year-old actress was named as a Goodwill Ambassador for UNHCR.
In addition to her trip to Jordan, Graham has visited women and children fleeing violence at the Mexico-Guatemala border and listened to the stories of Somali refugees at camps in southern Ethiopia. She was also a speaker at the 2020 Abu Dhabi Dream Ball fundraising event with UNHCR, and she has visited the organization's headquarters in Geneva as well. 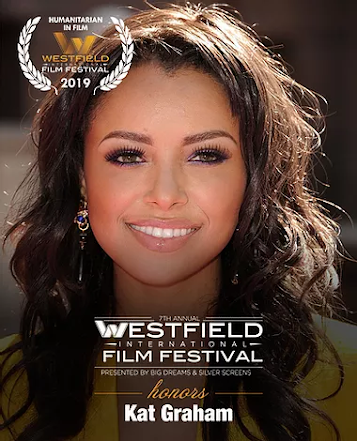 “I don’t have as big a platform as other stars, but whatever platform I have I’m going to use it to support this incredibly important cause,” Graham said in an interview in 2019. “This [the refugee crisis] is one of the most urgent stories of our time, and I really do believe and know that it needs the world’s attention.”
Graham also uses her Instagram and other social media to champion the causes she believes in. An Instagram highlight with dozens of stories from her trips to visit refugees is available on her profile, as is a link to donate and help refugees in Ethiopia. Her Twitter features similar humanitarian spotlights.
In 2019, Kat Graham was honored at the Westfield International Film Festival with the festival’s Humanitarian Award. In a Q&A at that event, Graham said the following about the intersections of her social work and her filmmaking career:
“I didn't even feel like the two were connected. When that first mission to Jordan happened I was doing Vampire Diaries and I felt like they were totally separate.”
However, Graham quickly learned that her life as an actor and her life as a humanitarian weren’t as disparate as she once thought.
“The older I got the more I realized that the roles I played matter. You can be a humanitarian just based on the kinds of scripts that you get involved with and the kind of storytelling you’re doing. You have to make sure that there is some sort of elevated consciousness to what you’re putting out into the world.”
Graham is certainly doing her part, using both her social media platform and her roles in films to champion for all those struggling around the world. You can learn more about her work at www.katgraham.com
Article submitted by Johnathan D Kindall, B.S. Journalism
Labels: ART & ENTERTAINMENT HOLLYWOOD WORLD NEWS