"Jessica Jones" is a Marvel Netflix series that portrays the life of a superpowered private investigator, Jessica, as she fights bad guys, alcoholism, and internalized self-hate. Its 3-season run lasted from 2015 to 2019 and was Marvel's equivalent to the early 2000's teen mystery hit, "Veronica Mars" which we'll discuss in its own article. The difference, however, is that Jessica Jones is that on steroids and bourbon. Somehow, it works though! 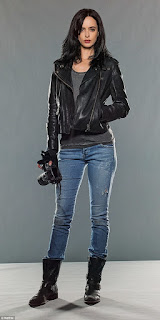 We get to see Jessica go through a few different romances throughout the series, with our favorite being with Luke Cage. And, it's not just because we love seeing interracial alliances and partnerships, especially romantic ones, on screen. It's because the idea of two equally strong (mentally and quite literally physically) partners fighting crime and taking down threats to society is very entertaining! 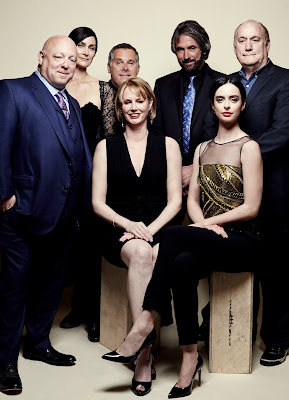 We also get to see Jessica conquer a lot of hurdles in her personal relationships throughout the series, having unexpected plot twists in her friendships and her family. We loved seeing Jessica's birth mother rebuild a relationship with Jessica even though it came to a traumatic (but somewhat necessary) end. We enjoyed seeing her and Jeri Hogarth go from a client-freelancer power duo to enemies and how that played out. We loved how her relationship with Killgrave went from victim to victor, even though it caused her some unfounded guilt. And, we especially liked seeing how Malcolm and Jessica's friendship evolved over the seasons, beginning as two addict neighbors who were simply cordial to partners at Alias Investigations to enemies and back to being friends! The one character arc that we were majorly disappointed with, though, was how Trish turned out in the end. We weren't at all impressed or satisfied with her plot resolution. Guess you can't win them all, right?
Overall, besides a few unsatisfactory details and a lackluster series finale, the series was good! We definitely weren't mad that we spent a few weeks binge-watching it on Netflix, and quite honestly it's worth your time too!
Labels: ART & ENTERTAINMENT