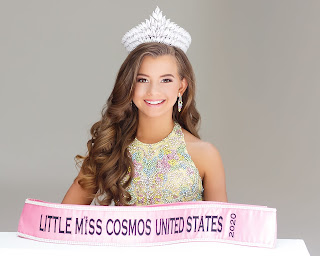 Little Miss Cosmos United States 2020, Brinlee Bunney, is a 10-year-old 4th grader from West Tennessee.  Brinlee is the daughter of David & Karla Bunney.  Her hobbies include swimming, boating, camping and anything to do with music.  Brinlee is also a member of Jackson Cheer Company where she is a level 4 tumbler.  During her reign as Little Miss Cosmos United States, Brinlee hopes to spread awareness in the fight against hunger. 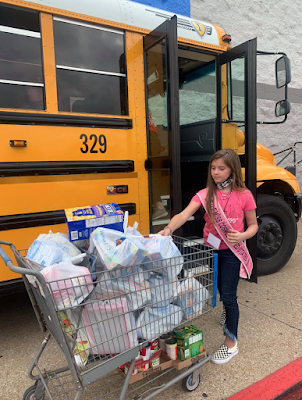 What are some major achievements or accolades that you've accumulated?
Brinlee recently was awarded the Presidential Volunteer Service Award which honors individuals whose volunteer service positively impacts their communities.
How do use your platform as an influencer to spread "What's Good" to the world and who have you impacted?
She is very passionate about fighting to end hunger.  Volunteering at her local soup kitchen, stocking Blessing Boxes that are in her local area, and donating food to various organizations are a few of the ways she is making a difference. 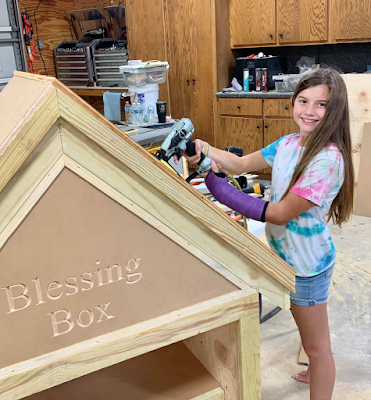 What are some projects that you are currently working on or promoting?
Brinlee is currently helping her Dad construct a Blessing Box to be set up in her community for anyone that is in need of food.
Who do you have to credit for your success?
Brinlee’s state and national directors, Renee Austin, Sharon McInnis, Stephi Williams, and Stevie Barton-Knight,  have encouraged and supported her with her community service involvement and appearances.  She is very blessed to be able to be a part of such a wonderful system.  Brinlee also credits her mom and dad for their love and support in all that she does.
FACEBOOK
INSTAGRAM